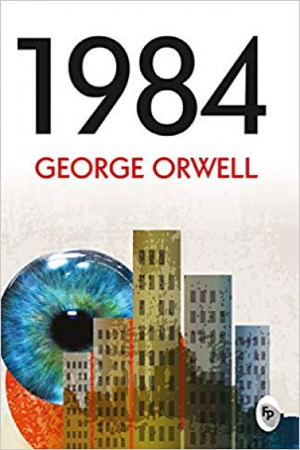 Description:
Regarded as a great instance of twentieth century English Literature, George Orwell’s Nineteen Eighty-Four was first published in the summer of 1949, and set in Oceania—one of the three intercontinental superstates.

In this novel, Orwell presents a powerful critique of the times through the fictional global war among the super powers of Oceania that had divided the whole world. Orwell creates a convincing and haunting imaginary world steeped into political ravages and dis-organization. His masterful critique of the political structures of the times comes out through the life of Winston Smith, a man caught in the web of a dystopian future, and his covert affair with Julia, a woman he meets during his service at a Government post.

Brilliantly woven with a genial Orwellian spark, this novel is a classic satirical take on the political and social structures of all times
Please log in or register to leave a comment .